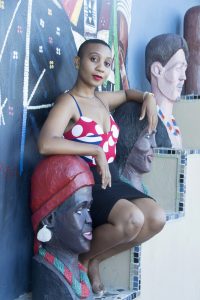 Growing up in the small township of KwaDukuza did not stop the fierce and outgoing Buhle Ngcobo (24) from fulfilling her dream of becoming a performer.

Buhle plays Sindy in the musical play, Dim-Dep: Faces of Environmental Success. She said her character was very emotional, strong and challenging.

She plays a very brave and intelligent woman who survived a rape ordeal.

This child, however, had to grow up on her own and take care of herself.

“I strongly relate to Sindy. To play this role was very therapeutic as I suffered great loss at an early age when I escaped a horrific ordeal. I learnt about gaining strength and confidence from this role.”

“This production takes us back to remind us where we come from as Africans. To learn about our culture, the beauty of our culture and how in past decades, our forefathers used to depend on nature and how this planet used to take care of them,” said Ngcobo.

Although still new in the game she says, she’s one to keep an eye on because from here, she is “going to greater heights”.

Buhle said she fell in love with theatre because it could be used to tell the stories about people and was an escape from reality.

“I started off as a poetry writer and I told myself if I can recite poems, I can accompany them with actions and body movements. That’s how my journey into refining my gift to perform started,” she said.

After matriculating in 2012 she studied performing arts and production at the Creative Arts College where she graduated in 2016.

Her involvement with Dim-Dep started in 2018 and has been “exhilarating”.

“I came to Dim-Dep because I wanted to grow in what I’m doing. I wanted to learn, explore and I was very interested to be involved in a play that talks about our environment,” said Ngcobo.

She has also taken part in the Ishashalazi Women Theatre Festival – a platform for female performing artists to showcase their own short drama pieces in a competitive format.

Looking ahead, Ngcobo says she wants to collaborate with seasoned theatre performers and learn as much as she can and also explore a venture into the hospitality industry. 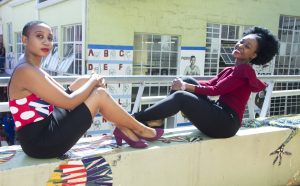